How effective would a spy camera in car mirror be to prevent theft?

Alright guys, so hear me out. Have you ever seen tiny hidden cameras and whole issue with Airbnb? I recently watched a video of a car getting stolen from a parking lot. After nine minutes, I started Googling some stuff. Can I hide a camera from my windshield or find one with a secret one behind the mirror?

How could I get a hold of one? Do they even make it? 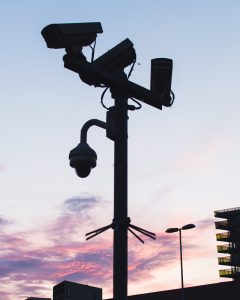 (Spoiler: No. But I thought of an alternative idea.)

So I did a little research and found a bunch of these cases where car thieves were identified via these cameras installed on their windshields. In this video, the guy doesn’t really get seen since the cam is facing the outside. But what if there was a camera that you could put on your windshield that you could face inward when you’re out of the car, and used as a dash cam while you’re driving?

Some potential issues with this that I can think of is how to power it. I’ve had other devices in the car that get overheated during the summer here in California, so I’d like to have something plugged in.

However, if a thief is trying to get into the car, can’t they just unplug it?

Some thieves don’t see it. Ideally, I’d like a camera to activate when it senses motion or movement through a sensor and begins recording and saving. This is the mirror dash cam that I was looking at on Amazon, priced around $100.

Who This is For

Even though a spy camera in car mirror sounds like something cool to have, a dash cam might be more useful if your drive takes a turn and you get into an accident. For theft? It might actually catch something but I just don’t see it working in the long term for that, although it can be extremely useful. If you can prove to your insurance agent or with a lawyer that you were not at fault because of the camera, this camera and the recordings could be worth thousands of dollars.

If your car is involved in an accident while you are parked, the camera can also begin recording right when it happens and it might catch something useful that you can use in your own defense. Besides, even though the camera may not catch the accident, it might catch that you were driving properly, it can catch the sound, and the impact.

If we stop being selfish for a minute, your camera can also catch someone stealing from another car or something similar to what happened to me at a rest area where a thief broke into the car that was parked next to mine. The girl asked around and may have gotten lucky thanks to one of the dash cams in the commercial trucks facing the incident. Dash cams also catch awesome footage for your Youtube channel.

Pros and cons of a dash camera

The cool thing about this is that once you buy it, you sort of forget about it. If you know me, you know that I cannot stand stuff that requires maintenance all the time. When my parents bought a Mercedes, all I saw was the ripoff maintenance costs associated with it. Also, just like GPS systems, can’t a thief just go straight for the dash cam knowing that they can be sold in the black market? Just the SD card inside would cost around $40 depending on the size.

Then again, I WISH I would’ve had a camera on board when my car got broken into the first time, since the car stayed there after my ignition shutoff thing went off. But it would have definitely not worked the second time my Suburban went missing since they even took the GPS system and my mirror thermometer and compass.

In conclusion, I think I’m going to go for it just as an added layer of security, but I definitely think that other anti-theft systems are much more effective. The club, engine shutoff, even a brake lock or wheel lock may end up being more effective than this thing at stopping my car from getting stolen.

But once the car is gone, I’m sure the camera would be taken off and sold right away. If it doesn’t and instead someone just breaks into my car, I might have a chance at catching the crook.

Best of luck out there, everyone! Let me know if you have a dash cam and if it has been a good investment for you.

This website is a participant in the Amazon Services LLC Associates Program. As an Amazon Associate, I earn from qualifying purchases that are linked to from this website.