Since my 2001 Suburban got stolen, I’ve been trying out a bunch of different anti-theft devices, but then my mechanic friend told me to simply: remove car fuse to prevent theft.

Now, I’m not a mechanic or know much about how a car works even though I change my own spark plugs and replace a part every once in a while (things like air filters, gaskets, alternators, etc.), I didn’t want to get too technical and overhaul my electronic system to help out my situation. 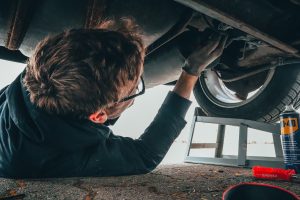 There were super cool things out there like installing a kill switch or even installing a way to cut off the fuel line, but I finally decided to give this a shot and now I want to share how I just unplug a fuse from my car whenever I have to leave it parked out on the street. It is definitely worth a shot.

Remove the Car Fuse to Prevent Thieves from Starting Your Car

Here’s what you have to do:

This guy shows you how to do that with a quick video on an old car. This is what I watched when I wanted to protect my car.

Can this kill your battery?

According to my friend, if someone tries to steal your car and the fuel system relay is missing, then your battery might end up dying from the attempt. However, I would much rather have a dead battery than a missing car. I’m sure you have the same opinion.

But if you instead take out the starter ignition system relay from the box, your car simply will not start and the thief would have a hard time leaving with your car. Your battery will survive the attempt.

How do I get to this fuse? Does it damage the car?

From what I’ve heard and from my experience, it does not damage the car, but don’t take my word for it. There are some people out there that might break something while getting in there, but I have found it to be fairly safe. Here is a forum post that I found about the topic.

You can get to the ignition relay by opening up the lid to the box. For my car, it is on the driver’s side under the hood in a box that says “FUSE BOX”. You just have to open it, and look at the diagram that is on the lid itself.

You find the fuse, pull it out, and take it with you. When you come back to your car and want to start it, just plug it back in, and your car will start normally.

Sure, it can be a bit of a hassle –especially if you can afford some other devices that can make it much easier for you every single time you leave your car, but this doesn’t cost you anything for now and it works like a charm.

Once you save up for a different method, I would install a kill switch or one of the more advanced methods to stop and deter thieves from getting to your car.

This website is a participant in the Amazon Services LLC Associates Program. As an Amazon Associate, I earn from qualifying purchases that are linked to from this website.